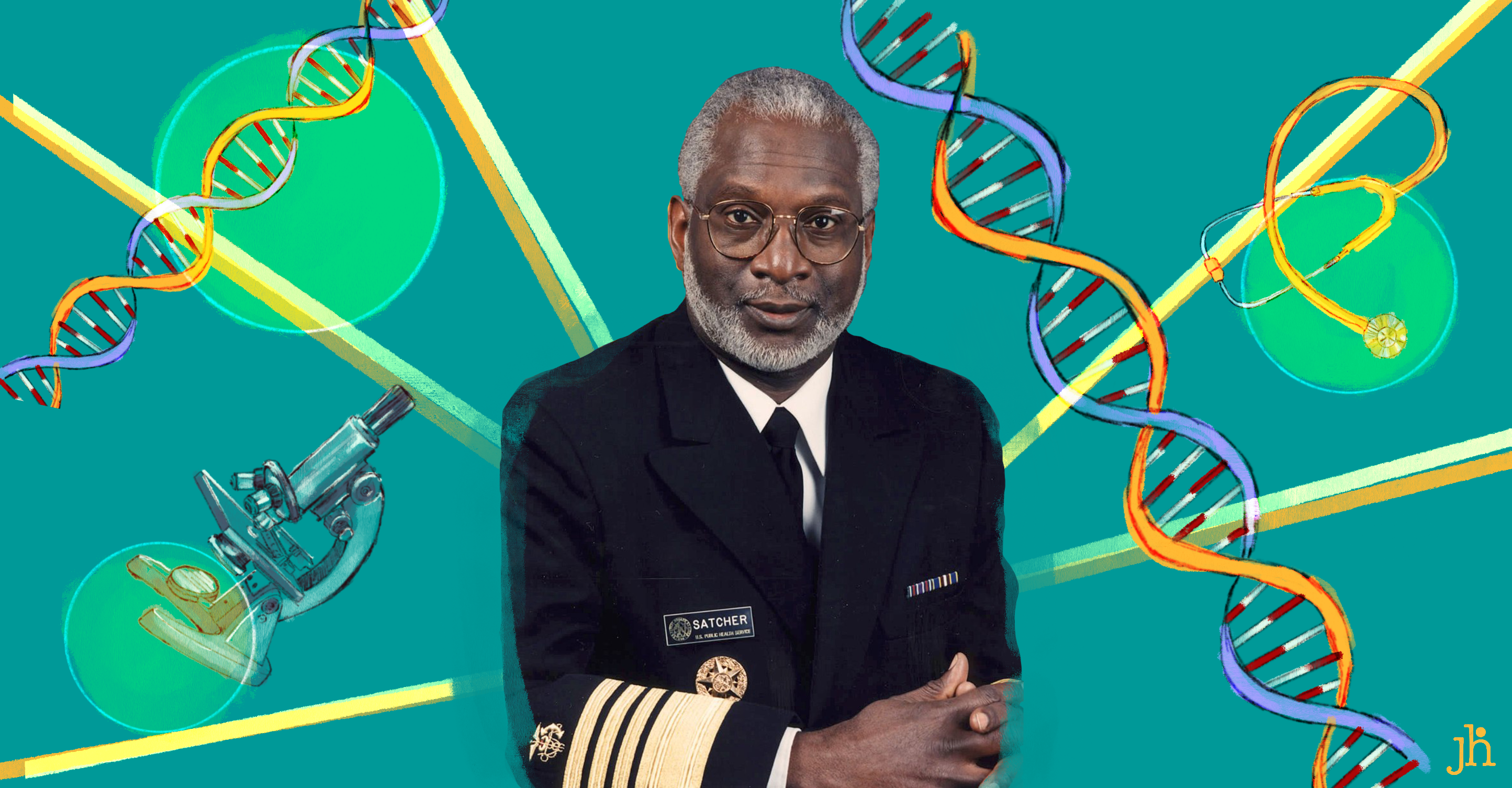 Dr. David Satcher is a former Director of the CDC, a former Surgeon General of the United States, and founder of the Satcher Health Leadership Institute at the Morehouse School of Medicine. In the latest episode of American Diagnosis, A Black Man in Science, Part II, Dr. Satcher opens up to Dr. Celine Gounder about growing up in segregated Alabama as an African American man, and how his childhood motivated him to become a physician and a leader.

Dr. Satcher grew up on a farm in Anniston, Alabama in the early 1940s. For young Satcher, navigating segregation was central to everyday life. Satcher recalls his earliest memory of racism. Five-year-old Satcher had been saving money for weeks and walked to town with the intention of using his savings to buy an ice cream cone. He was immediately kicked out because the store, “Did not sell to N—–s!”

As he grew older, ice cream cones were the least of his troubles. Much of the south was still segregated, forcing him to travel 20 miles to go to school. As absurd as it may seem to us today, Satcher recalls, “We didn’t know that this was right or wrong. It was just the way it was.”

As a student at Morehouse College, Satcher developed three core concepts–educate, motivate, and mobilize. Surrounded by notable members of the Civil Rights Movement, Satcher quickly came to realize the importance of leadership: “I knew that it was not enough for me to become a good doctor, that I was expected to become a leader among doctors.” The leadership skills Satcher honed during his time at Morehouse led him to educate, motivate, and mobilize within the medical field. During his OB-GYN rotation at Case Western Reserve University, Satcher noticed that students practiced their physical exam skills on women who could not afford to pay for their medical care. These patients were largely lower-class African American women. Satcher was stunned and quickly walked out of his class with the realization that, “… these women were being mistreated and disrespected.” He later learned that though he was the first, he was not alone. Many of his fellow students followed him out of the class.

As Assistant Secretary for Health in the 1990s, Satcher advocated for safe syringe exchange programs to prevent HIV among people who use drugs. When President Clinton refused to support these programs, Satcher understood how politics can get in the way of public health, particularly for populations who have been historically marginalized. He left the administration so he could publicly advocate for safe syringe exchange programs. Satcher stresses the need to eliminate disparities in healthcare, “If we had eliminated disparities in health in the last century, in the year 2000 alone… there would have been 83,500 fewer deaths among African Americans.”

Tune in to A Black Man in Science, Part II featuring more from Dr. Satcher, including his work with the National Institute of Minority Health to promote the elimination of disparities in health. Health and medicine are far from diverse, but pioneers like Dr. Satcher are helping to show us the way while they train the next generation to follow in their footsteps.