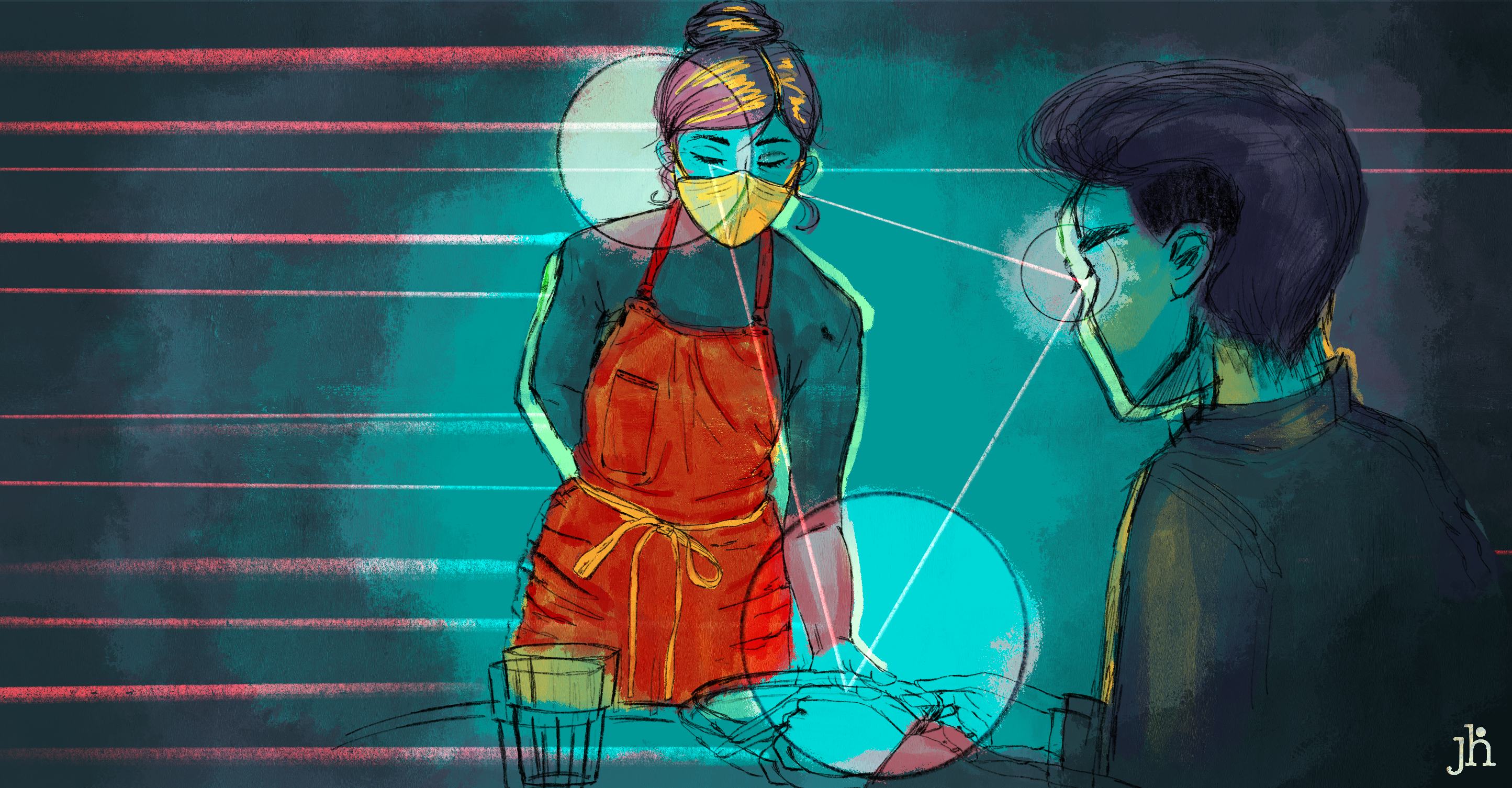 “There’s something wrong with this system. It doesn’t make any sense. I started doing a lot of research with tipping and I was like, okay. This actual entire system is broken and I can’t believe I’ve participated in it for so long. You know, you start going into the research and you’re like, wow, this is pretty sexist. And it’s pretty racist. And I now understand that I’ve just been sort of hiding the true cost of my food and what it is to dine in the restaurant. And I’ve been outsourcing it to my customers. And I don’t want to participate in this anymore.” — Amanda Cohen, Chef/Owner of Dirt Candy, NYC

Unless you’ve worked in the service industry, adding a tip onto your check at a restaurant might not be something you think twice about. In America, tipping is customary, and almost as old as the country itself. But for industry workers, that tiny area of your check is extremely important. Tips are actually used as a form of wage-replacement. In a recent episode of EPIDEMIC, Dr. Céline Gounder speaks to Amanda Cohen (Chef/Owner of Dirt Candy, NYC), Saru Jayaraman (president of One Fair Wage), and Pete Turnes (co-owner of Middle Brow Beer), about the history of tipping in the United States and why it is so problematic – and persistent – in the industry today, especially in the time of COVID-19.

As a country, we love restaurants. “We just made world history a few years ago,” Saru Jayaraman says, “becoming the first nation on earth in which we spend more money on food eaten outside of the home than we do on food eaten inside of the home.” Jayaraman is the director of the Food Labor Research Center at the University of California, Berkeley. She’s also the founder and president of One Fair Wage, which is a national organization working to raise wages and improve working conditions for restaurant and service sector workers nationwide. And her organization’s help is much needed. Despite the restaurant industry being the nation’s second largest and fastest growing private sector employer in the United States, restaurant employees receive some of the lowest wages in the country.

This was a problem prior to the COVID-19 pandemic. But since then, “the pandemic nudged us into disaster,” says Jayaraman. Estimates say as many as 40% of U.S. restaurants may have closed in 2020 – and with that came the layoff of 8 million employees. And for those who did not lose their jobs, restaurants across the country were forced to limit their total dining capacity or shift to a take-out only format. Both of these changes are detrimental to the tipped employee.

First, you have reduced capacity. If the restaurant is limited to 25% of tables, while the employee’s hours may remain the same, the amount they make per night in tips would also drop to 25% of their pre-pandemic nightly income. And while take-out may supplement the loss of tables, it doesn’t supplement the loss of tips. While a dine-in guest may tip their server 20% or more, most take out orders receive $0 to 15% tip.

This disaster has disproportionately hit women and people of color. Jayaraman explains that it’s not accidental, but rather a very old, systemic issue. “Tipping had originated in feudal Europe. It was an extra or a bonus on top of a wage, never instead of a wage.” But, “the idea of tips as wage replacement, or a non wage, was a direct legacy of slavery and Jim Crow America. Employers just didn’t want to pay Black workers.”

Tipping became lawful in 1938 as part of the New Deal. For the first time, everyone was given the right to minimum wage — everyone except tipped workers, who were mostly Black, and of them, mostly female. They were “given a $0 wage, as long as tips brought them to the full minimum wage.” Jayaraman says. This has hardly changed. In 2020, while tips have largely dried up during the pandemic, the federal legal wage has remained at $2.13.

But the negative effects of tipping aren’t only financial. The physical and mental health of the employee is deeply affected as well. “Worst of all, they experience the highest rates of sexual harassment of any industry,” Saru says. When One Fair Wage surveyed restaurant workers to ask if they had ever experienced inappropriate and/or unwanted sexual behavior in the workplace, an overwhelming 90% said yes.

This is because tips – which, again, translate to the employee’s primary wage – is dependent on the customer’s sense of satisfaction. Frequently, employees have to tolerate all kinds of inappropriate customer behavior – from verbal abuse to inappropriate touches – just to make sure their tip is not lost. The long-term effects of allowing this abuse is extremely harmful to mental health. The tipped employee gets put in a position, time after time, where they are forced to learn to just “take it” and thus normalize the harmful behavior surrounding them. Saying “no” is seldom seen as acceptable. And that, especially after living and working in the industry for years, can seep into their personal life; how they live and function, and how they understand their self-worth. This can cause further harm, especially with female employees, by even affecting how they let people treat them outside of the workplace. It perpetuates a system that disregards consent. Removing tipping would be a step towards freeing the employees of this suffocating cycle.

But, there is a catch.

Restaurants aren’t known for having big margins in their budget for raising wages, and customers often aren’t thrilled to see prices rising on the menu, either. And then you have to add in all the behind-the-scenes costs of running a business, like liability insurance, workman’s comp insurance, payroll tax, and more. But Amanda Cohen, of Dirt Candy NYC, was not fazed by this daunting task. “Oh, I’m a masochist,” she says lightheartedly. “You know, I wouldn’t say I’m the most successful business person. I didn’t have a huge bank account to fall back on [when COVID hit]. But I gave up profits so I could pay my staff more. That’s the reality. … My front of house is willing to give up some of their tips so that the back of house actually can have a fair wage. I’m willing to give up some of my profits so that both my front of house and back of house can make a decent living.”

Pete Turnes, who recently had the opportunity to remove the tipping model from his restaurant, Middle Brow Beer, received similar positive responses from his employees. “They said that after they got my email explaining this new system, they breathed this enormous sigh of relief. The reason they gave was it felt like they could finally just relax and plan their lives. … There was this sort of sense of serenity that overcame them.” Today, it is still difficult for restaurant owners and managers to abolish tipping in their establishments. But change takes time, and the conversation is far from over. You can hear more about what industry leaders are doing to reshape the wage system, and find out how you can help make a difference, in this most recent episode of EPIDEMIC: Disrupting Restaurants II.