Home | Articles | For Trans Youth, the Urgency of Early Support 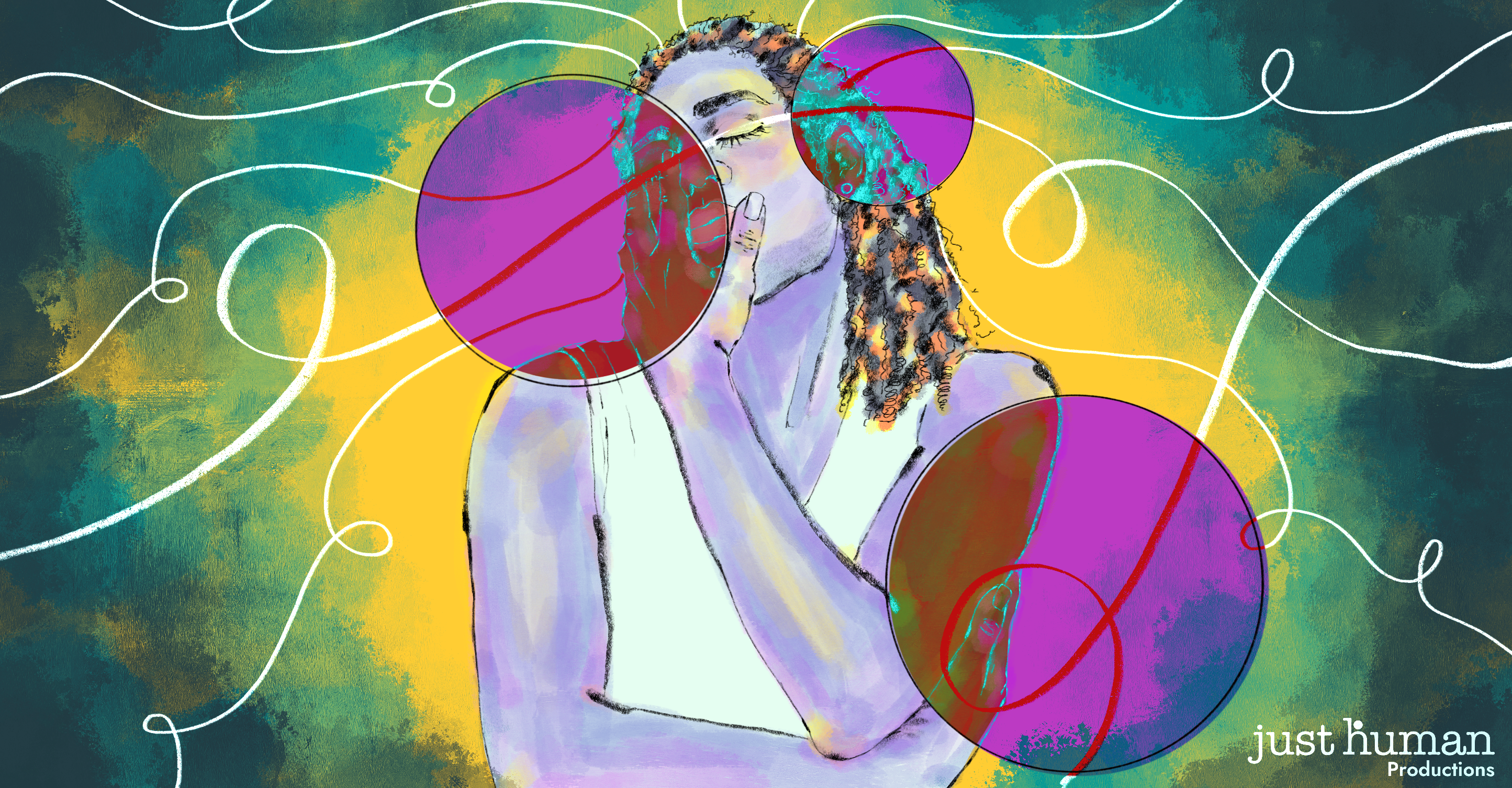 This blog post highlighting Season 1 of the American Diagnosis  podcast is sponsored by RubiconMD.

“[When I ask my patients], ‘Why do you want testosterone or estrogen?’ … the answer is normally, ‘Because I’m a guy.’ Or, ‘I’m a girl.’ And this is how I see myself,” says Dr. Ximena Lopez, a pediatric endocrinologist, on Season 1 Episode 2 of American Diagnosis.

Lesbian, gay, bisexual, and transgender high school students are at least twice as likely as their peers to be bullied, threatened, assaulted, forced to have sex, or to feel sad or hopeless, according to surveys by the Centers for Disease Control and Prevention. And they’re five times more likely to have attempted suicide: in a recent study, about a third of LGBTQ high school students report attempting suicide.

For LGBTQ youth in the foster-care system, these numbers are even higher: LGBTQ

Adolescents in foster care are three times more likely to have reported suicidal behavior in the past year compared to those not in foster care, according to research by the NIHCM Foundation and the Trevor Project. And because LGBTQ youth enter foster care at higher rates, they’ve suffered disproportionately from the pandemic’s effects on the foster system: With more children needing foster homes, and fewer families to take them in — due to financial hardships and health concerns — the system has been stretched thin.

In Season 1 of American Diagnosis, Dr. Céline Gounder and her guests discuss teens’ mental health –– from  academic pressure to social-media stress –– and the extra set of challenges faced by many transgender youth. Rates of anxiety, depression, and suicide are significantly higher among transgender teens; understanding why is crucial to providing support.

Why is there stigma surrounding transgender youth? How can we fight this stigma?

In 2015, Lopez, who is also an assistant professor at the University of Texas Southwestern Medical Center in Dallas, opened the first clinic for transgender youth in Texas. Clinics specifically for transgender patients are relatively new; the oldest one, at Boston Children’s Hospital, opened in 2007. At its beginning, Lopez’s clinic had 50 patients; now, she sees over 400. Working with these adolescents, she has learned how and why the stigma surrounding transgender youth developed –– and how to end it.

“We know that when transgender people are not supported early on as young people, as adolescents, many of them go into high-risk behaviors,” says Lopez. Some transgender teens leave home, skip school, become homeless and unemployed, abuse drugs and alcohol, engage in prostitution to survive, and become vulnerable to HIV or other sexually transmitted diseases. “This sort of bad route … has stigmatized this population,” says Lopez. And such stigma further erodes support for transgender youth.

“But … it doesn’t have to be that way if these kids are supported early on,” says Lopez. “The most important thing — the step that could prevent a lot of this stigmatizing from happening in the first place — is for parents to totally accept and support their kids from the beginning.”

Growing up, Kayden Tully was an outgoing, extroverted kid, says her father, Ed Tully, on Episode 2. Kayden — who was originally named Tyler, designated male at birth and raised as a boy — played with all the neighborhood kids and was a great athlete. Then, around age 12, Kayden became rebellious and introverted and seemed to detach from once-beloved people and activities.

In adolescence, Kayden began dressing differently — wearing black, donning chains and big boots, putting on makeup, and growing longer hair. “I just figured it was a style,” recalls Ed — something close to being Goth.

At age 20, Kayden told her mother she was a woman, and had known she was a girl since age 12. At this point, Kayden was already receiving hormone therapy and had been diagnosed with gender dysphoria — distress due to a disconnect between one’s experienced gender and assigned gender. Unlike many transgender youth, Kayden had supportive parents. Tully recalls going upstairs to her room and saying, “‘You know, I get this. It explains a lot of things that have gone on in your life.’ And I said, flat out, ‘I love you, and I’ll support you 100 percent and you just tell me what you need.’”

While Kayden’s family was supportive, finding acceptance from the broader community was not always easy. And when her mother switched medical insurance, Kayden realized that she would not be able to get coverage for procedures such as gender-affirming surgery — postponing her physical transition indefinitely.

On a Friday night in October 2013, Kayden left home. She never came back, and was found by police at a nearby lake, having died by suicide.

Kayden’s story is not, unfortunately, unique. Lopez estimates that 40% of her transgender patients have exhibited suicidal behavior, and most have depression or anxiety, stemming partially from gender dysphoria.

When youth are diagnosed with gender dysphoria, Lopez prescribes hormones to block puberty, and ensures patients receive psychological support. Taking hormones “pauses the process and buys time,” says Lopez. “It’s reversible, but the patient avoids the distress that comes with unwanted physical changes. They get psychological support and a game plan.”

While not all transgender youth are interested in surgery or hormone therapy, for some, gender-affirming surgery is the next step. Hormonal and surgical treatments can be essential in alleviating the distress of some patients, but gender dysphoria is not the only cause of depression and anxiety among transgender youth: harassment, discrimination, and familial rejection are all significant contributers.

Accessible health care and support from family are crucial to protecting the mental health of transgender patients. Without –– and sometimes, even with –– the needed support, patients are likely to experience psychological distress.

What steps must be taken to support transgender youth and care for their mental health? How can healthcare providers aid transgender adolescents?

While the most influential variable in the experiences of transgender youth is the degree of family support, the response of the wider world matters, too.

Providing training to school faculty and staff on how to support LGBTQ identities is crucial, as is creating and supporting LGBTQ-affirming schools. Especially for foster children living in group homes or with non-relative families, schools can provide a source of stability, identity, support, and care.

Access matters, too –– both within schools and throughout public spaces. Transgender teens need access to restrooms that match their gender identities — even as many states have contemplated “bathroom bills” prohibiting people from using restrooms that don’t match their designated birth sex. Researchers have found that for trans youth, being denied access to identity-appropriate bathrooms or campus housing correlates with increased risk of suicide. And gender-neutral bathrooms are critical for youth who identify as non-binary. “Bathrooms matter because they’re a litmus test for whether you really believe someone is the gender they say they are,” says Gounder on Episode 2. “And that acceptance is paramount.”

Additionally, supporting LGBTQ foster and adoptive parents can increase support for transgender foster youth — a particularly urgent concern for those whose families of origin have been unsupportive.

In the medical realm, proper care is crucial. While Lopez’s patients are lucky to be able to access a specialized clinic and a knowledgeable doctor, this quality of care is out of reach for many transgender teens. To improve the medical experience for transgender adolescents, mental and pyschiatric care must be made more accessible; clinical records must be transferred for continual care (specifically in the case of LGBTQ youth in foster-care systems); and medical students and physicians must be trained to provide inclusive and supportive services.

Perhaps most critically, as NBC News reported in 2020, timing matters. Transgender youth who receive gender-affirming care earlier in their lives are less likely to suffer from depression and anxiety.

Lopez explains that young transgender children who are supported by their parents fare well psychologically. “They are doing fantastically,” she says. It’s the older adolescents, whose parents took longer to support them, who are more likely to struggle, says Lopez. “I really think that if we support these kids early on, the outcome is going to be so much better and that stigma is also going to go away.”

For Tully, that retrospective wish — to have known more, to have parented differently — persists, and he now speaks about gender identity and Kayden’s story with local school groups, hoping to spread a message of acceptance, and to convey the need for support among transgender youth. “If I would have known this in the beginning, what a different parent I could have been,” says Tully.

“Transgender people are a vulnerable patient population and lack quality healthcare access. They face numerous health disparities in addition to stigma, discrimination, and violence — all beginning at a young age. This article discusses the importance of protecting and advancing healthcare for trans youth.”

About RubiconMD
RubiconMD is leading the mission to democratize medical expertise through its virtual-first specialty care solutions. The RubiconMD eConsult and Behavioral Health platforms remove barriers to specialty expertise by rapidly connecting primary care clinicians to a board-certified panel of experts. These solutions empower clinicians to deliver higher-quality care plans in a timely manner. RubiconMD eliminates unnecessary referrals and services, reduces patient wait times and travel burdens, and allows primary care to practice at the top of their license. With RubiconMD clinical teams can streamline their workflows, lower the cost of care, and deliver a better patient experience. For more information, please visit www.rubiconmd.com, or follow us RubiconMD on LinkedIn, Facebook, or Twitter.