Home | Articles | In the Race to Vaccinate the World, a Rush for Know-how, Speed, and Infrastructure 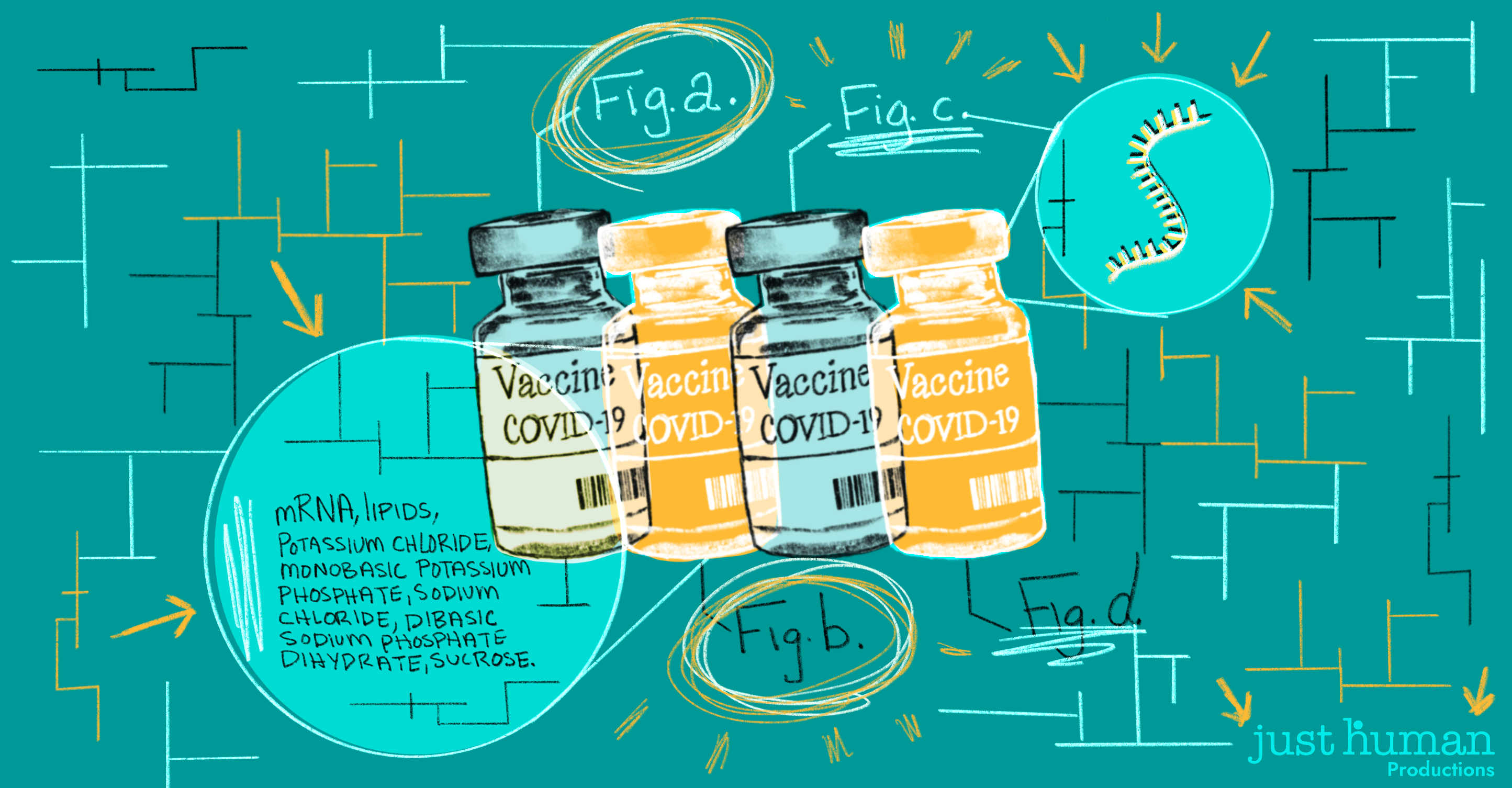 With Group of Seven nations pledging to donate 1 billion COVID-19 vaccines in the next year, and with last week’s announcement that the Biden Administration will donate 500 million vaccines to nearly 100 countries over the next two years, global vaccination efforts are moving forward. Despite these announcements, the world remains far from having enough vaccine supply to end the pandemic, with at least 9 billion more doses likely needed, and as questions about production, patents, and funding persist.

India is the world’s biggest vaccine manufacturer, producing around 60 percent of the world’s total vaccine supply each year. India’s Serum Institute — the country’s largest manufacturer of COVID vaccines — has worked with the World Health Organization’s COVAX program to distribute Oxford-AstraZeneca vaccines to middle- and lower-income countries. But India’s catastrophic spring COVID surge — with nearly 4,500 people dying daily in the month of May — prompted the government to halt exports of COVID vaccine for the remainder of 2021.

“The whole global roadmap for vaccinating the world depended heavily on vaccines being produced in India,” says Peter Hotez, Dean of the National School of Tropical Medicine at Baylor College of Medicine, and Co-Director of the Texas Children’s Hospital Center for Vaccine Development.

While a few African countries — including Senegal, Egypt, and South Africa — do manufacture vaccines, COVID vaccine production on the continent is limited to a cluster of partnerships in South Africa, and about 99 percent of COVID vaccines in Africa have been imported. Prior to India’s pause on COVID vaccine exports, Ethiopia had received over 2 million doses of the AstraZeneca vaccine from the Serum Institute.

The COVID crisis “has exposed the continent in an unprecedented manner,” says John Nkengasong, Director of the African Centers for Disease Control and Prevention in the capital of Ethiopia, Addis Ababa. “Our entire health security is dependent on the ability of the external factors to support us or not support us in the areas of vaccination.”

The pandemic has illuminated the lack of health security in developing nations, as well as a need for a new, decentralized approach to global vaccine manufacturing. In Episode 76 of EPIDEMIC, Dr. Céline Gounder discusses next steps in global vaccine distribution with John Nkengasong, Chelsea Clinton, James Krellenstein, and Peter Hotez.

The HIV/AIDS crisis helped illuminate the costs of health inequity for middle- and lower-income nations. Providing access to HIV medications around the world at high volume and low costs was a challenge for former President Bill Clinton. After leaving the White House, he formed the Clinton Foundation and its Health Access Initiative, and turned to tackling inequities in the distribution of HIV medications.

Now Clinton’s daughter, Chelsea Clinton, describes a similar urgency around COVID vaccines. Chelsea Clinton is Vice Chair of the Clinton Foundation, an Adjunct Associate Professor of Health Policy and Management at Columbia University, and hosts the podcast In Fact with Chelsea Clinton. In The Atlantic, Clinton called for the United States to do more to improve vaccine access globally. Since her oped was published, the Biden Administration announced support for a TRIPS waiver, which calls for a temporary suspension of intellectual-property protections on COVID vaccines. But Clinton is pressing for more: “It’s a necessary step, but it certainly is not sufficient to really scale up vaccine manufacturing globally in the way that we desperately need.”

Vaccine makers hesitate to license their vaccines more widely due, in part, to concerns over safety and quality control. Some worry, too, that licensing their vaccines for global manufacturing could risk handing mRNA technology to China and Russia — technology that might be used to make other vaccines, as well as treatments for cancer, heart disease, and other chronic diseases. To Clinton, however, “the moral imperative is far greater than the concerns for what the kind of eventual effect may be.”

Drug manufacturers in many countries are updating their facilities to meet quality-control concerns, yet vaccine makers remain reluctant. One Canadian drug manufacturer, Biolyse, tried petitioning Johnson & Johnson for a license to make 15 million doses bound for Bolivia. They were denied. “It signals a continued privileging of profit over patient and public health,” says Clinton. While Johnson & Johnson is working with some vaccine manufacturers, such as the South African companies Aspen Pharmacare and Biovac, the tens of millions of vaccines produced by these partnerships are inadequate to current demands.

“We need to be manufacturing billions,” says Clinton. “We get there by having multiple kinds of arrangements.” Clinton calls for the democratization of production: “We can’t donate our way out of this…. We can’t cheerlead our way out of this….. We get out of this by vaccinating the world, and we vaccinate the world by democratizing access to the underlying vaccine-recipe know-how and knowledge and providing support to [help] that happen as quickly as possible.”

James Krellenstein, Co-Founder of PrEP4All, an advocacy organization aimed at improving access to HIV treatment and prevention, agrees. “You can’t fight scarcity with scarcity,” he says. “The only way out of the vaccine problem is by making a lot more of it. And the only way that we’re going to be able to rapidly make a lot more of it is if we get public money to scale up that production.”

Costs and challenges of manufacturing

The AstraZeneca and Johnson & Johnson vaccines are adenovirus-vector vaccines — modified cold viruses that deliver virus-fighting capacity to our cells — and their manufacturing process is complicated, expensive, and dependent on large bioreactors. It’s a process “that even extremely experienced biological manufacturers like Johnson & Johnson, like AstraZeneca, really have trouble actually scaling up,” says Krellenstein.

The production of mRNA vaccines, on the other hand, is much easier — “more of a classical industrial process,” says Krellenstein. These vaccines are created chemically, without the need for propagating human cells. mRNA vaccines are also adaptable, enabling booster shots to be produced as variants arise. Krellenstein points to the recent production ramp-up as evidence of the efficiency and versatility of this approach: “Unlike any of the other vaccine technologies before February of 2020, the world had no industrial capacity to manufacture mRNA vaccines. And by December, basically a couple of companies with a lot of government funding built enough capacity… to make 3.5 billion doses per year.”

But the incentive to build mRNA facilities globally may be lacking.

Krellenstein estimates that building mRNA facilities adequate to the current challenge would cost billions. And while that cost pales in comparison to the economic devastation that could be wrought by a prolonged pandemic, it’s a big cost for any single company to take on. “Once this pandemic is over,” says Krellenstein, “there’s not going to… be that large of a demand to make 8 or 16 billion doses a year. So we’re asking companies to basically build infrastructure that will inherently be unprofitable.”

The solution, suggests Krellenstein, is for governments to help fund this infrastructure. He estimates that with a $4 billion investment, “we could be talking about a massive increase in the mRNA and vaccine-production capacity in under six months.” And by building facilities in areas not currently equipped to manufacture vaccines, regions such as Africa can become more nimble for future health crises.

In the meantime, Africa’s COVID challenges are vast and urgent — and could grow more complicated without swift action. “The greater number of our cases are still in major cities,” says Nkengasong. In Ethiopia, where Nkengasong works, the bulk of the caseload is in Addis Ababa, where the requisite cold-storage capacities for mRNA vaccines are readily available. As the virus seeps into more remote areas, says Nkengasong, cold storage will be harder to come by — and the challenge of vaccine distribution will grow more complex.

The Africa CDC has set a goal to produce 60 percent of all the vaccines the continent needs by 2040.

“Most global leaders just shake their head and walk away because they feel it’s like building the pyramids,” says Hotez, of the Texas Children’s Hospital Center for Vaccine Development. “So it really does take visionary leadership to want to build vaccine production, and in a country that hasn’t done it before.”

One key to getting there, suggests Hotez, is pursuing several approaches at once: “You never know which technologies are going to apply best for a new pathogen. So what you need are these hubs for training and centers of excellence for about five or six different vaccine technologies,” increasing the odds of finding solutions when new threats come along.

Hotez’s own pandemic project has been a COVID vaccine that relies on yeast — the same technology that’s been used for decades to make the hepatitis B vaccine. The approach is safe, cheap, requires only simple refrigeration, and may cost just $1.50 a dose, says Hotez — “so it checks a lot of boxes for resource-poor settings, and there’s really no upper limits to the amount that you can make.” Because the facilities to make hepatitis B vaccines already exist, there are plenty of factories that could pivot to producing Hotez’s vaccine.

Hotez’s team uses genetically engineered yeast to produce the “spike protein” that’s critical to fighting COVID. Their vaccine is set to start Phase III clinical trials in India. If trials are successful, and if the WHO approves the vaccine, Hotez believes they could start production next fall. Hotez and his colleagues don’t plan to patent their vaccine and will share their manufacturing know-how with others. In short, Texas Children’s Hospital Center for Vaccine Development is making the recipe to make their COVID vaccine freely available to the public. “Our goal is global health — not financial return,” says Hotez.

But even with factories at the ready, challenges linger — chief among them, training scientists to produce the vaccine. Building vaccine production capacity in the Global South is a generational project, one that will need government leadership along with resources and training from the United States and elsewhere.

“In the near term, we need somebody to produce 6 billion doses of vaccines now,” says Hotez. “We can’t wait until 2024.”

Ethiopia and other nations have shown both their eagerness for COVID vaccines — with 95 percent of respondents in a recent Ethiopian survey interested in taking it — and their agility with distribution. “In the middle of this crisis,” says Nkengasong, “Ethiopia was able to vaccinate 12 million children with measles vaccines. It speaks to the fact that if vaccines are available, many countries in Africa will be able to roll up their sleeves and do the vaccination.”

Nkengasong describes “a collective responsibility” to redistribute the extra vaccines currently in the hands of wealthier nations. Meanwhile, plans for global manufacturing, he continues, will not only help to end this pandemic — they will support public health for generations to come. Effective collaboration around production will help “each region of the world [to] produce its own vaccines and enable us to be better prepared for the future.”