Home | Articles | On the Hunt for the Next Pandemic 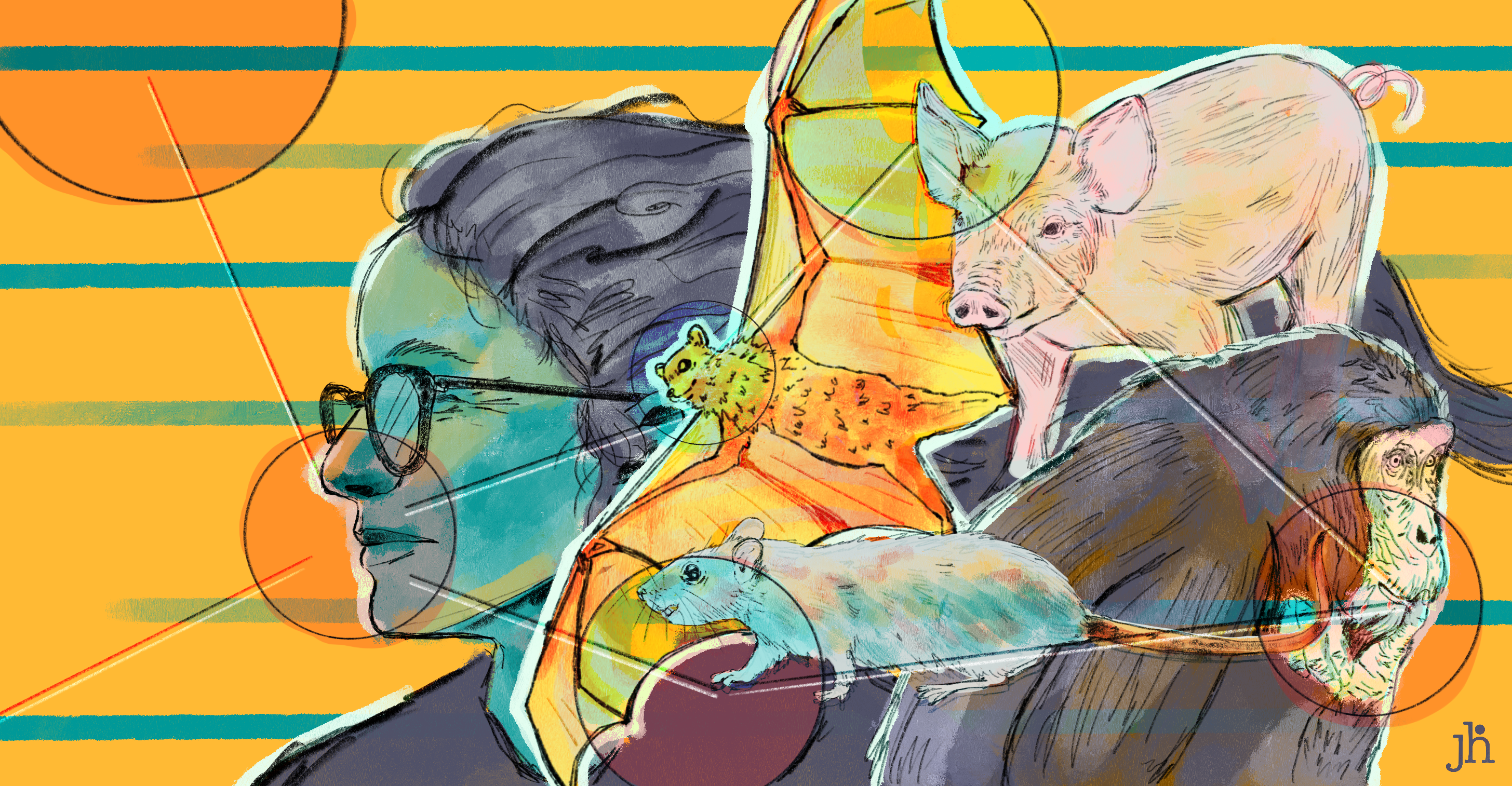 “When you interact with nature in specific ways, there are very unpredictable and weird mechanisms by which pathogens might be able to move between species.” — Tony Goldberg

Over the last century, there has been an alarming increase in diseases that have jumped from animals to humans. These disease jumpers are called zoonoses. Many well-known epidemics can be traced back to zoonotic transmission: SARS-CoV-2 (the virus that causes COVID-19 disease), HIV, Zika, and Ebola. While this can happen naturally in nature, the way human behavior has changed over time — such as encroaching on the habitats of wild animals, leading to an increase in animal-human interactions — has led to a surge in zoonotic diseases. In this episode of EPIDEMIC, Dr. Céline Gounder speaks with experts in veterinary medicine, epidemiology, virology, and anthropology about how we can learn from our past experiences to make sure we catch the next emerging zoonotic disease before it becomes pandemic.

Tony Goldberg is a disease ecologist and Professor of Epidemiology in the School of Veterinary Medicine at the University of Wisconsin. He has devoted much of his time to working in Uganda, at Kibale National Park, which is an environment that is especially rich in biodiversity. “There are three orders of mammals that are responsible for most of the human infections that we’ve acquired through zoonotic transmission over the eons: rodents, bats, and primates,” Goldberg explains. And Kibale Park is especially abundant with primates. At one point, Tony and his team noticed that a troop of chimpanzees had started to cough and sneeze, become lethargic, and even die. But because Goldberg and his team had been observing the situation in real time, they were able to quickly swoop in and collect blood and tissue samples to be analyzed. Their findings resulted in the confirmation of simian hemorrhagic fever virus. This ability to observe specific areas where diseases are expected to emerge can, therefore, lead to swift action. In the future, this could prevent the outbreak of a new zoonotic disease.

Adam Bailey, like Tony Goldberg, also spent time at the University of Wisconsin when he was getting his MD-PhD. Now, he is a post-doc researcher at Washington University in St. Louis, where he specializes in zoonotic diseases. When it comes to looking for a virus with zoonotic potential, there are a few things Bailey is on the lookout for: are there similarities to a virus that has previously emerged from animals and successfully infected humans; how similar is the infected animal to a human (for example, primates are more similar to humans than, say, reptiles); and genetic variability. He explains that in order for an animal virus to become compatible with a human, something has to change in the virus’s genetic structure. “You can think it sort of like picking a lock. The virus needs to pick the cellular lock in order to gain access [to the human cell]. And if the virus has a large degree of genetic variability you could imagine that instead of having a single key to try the lock of a new cell, that virus now has a whole chain of keys at its disposal to try.” This is also why many zoonotic diseases come from RNA viruses. SARS-CoV-2, West Nile Virus, and Ebola are all RNA viruses that jumped from animals to humans.

Jennifer Gardy specializes in breaking down genetic sequencing information like this. She is the Deputy Director of Surveillance Data and Epidemiology at the Bill and Melinda Gates Foundation, and one of her goals is to use genome sequencing as a tool to improve finding and eradicating emerging diseases. “When we talk about genomic surveillance, which sometimes people call genomic epidemiology, we’re really talking about reading the genetic code, the genetic instructions of a pathogen, a bacterium, a virus, a parasite, to get clues as to how it’s behaving,” she explains. This technique was very useful to scientists when SARS-CoV-2 emerged. “With genome sequencing, scientists were able to very quickly realize that this is a coronavirus. It’s a coronavirus we haven’t seen before. It’s not dissimilar to the types of coronaviruses that have caused SARS in the past or MERS more recently, but it’s different.”

However, while this information may be helpful in identifying a pathogen once it’s already gone out into the community, it doesn’t take into account one erratic — and important — variable: human behavior. “So what I’d like to see in the future,” Gardy remarks, “is pandemic preparedness plans that don’t just take into account, you know all the really cool sort of medical interventions and data, but also consider the people. At the end of the day… it’s about understanding what’s driving their behavior and how we can move that behavior needle to change in a way that’s going to keep them healthy and their community healthy.”

This is where Sagan Friant comes in. She is a Professor of Anthropology and Life Sciences at Penn State University. Specifically, she studies one of the high-risk groups for animal-to-human spillover: bushmeat hunters. Friant explains that “bushmeat is basically just any animal that’s hunted for food. So venison in the U.S. is bushmeat. We just [use the term] bushmeat because it takes place in Africa, because that’s the local term.” But unlike in America, where hunting is often a leisure activity, hunting in West Africa is a difficult and often dangerous job, in part because butchering these animals often involves direct contact with animal bodily fluids that are potentially infectious — yet, despite these risks, it’s still an important staple for the local community. Bushmeat is important for its nutritional value, for the food security it provides, for its cultural significance, and as an economic resource. Friant feels it would be unethical for “law enforcement… to strip people of these resources without providing alternative food sources for them.” Instead, “there needs to be a focus on solutions that reduce the risk for virus spillover and serve people’s immediate needs.”

This need for a solution to zoonotic transmission is one that will remain with us as we move into the future, and are faced with the challenge of new diseases we have yet to come across. And the more we are able to study the root causes of zoonotic diseases, the better position we will be in to handle them when they eventually emerge. “I think we absolutely need to devote resources to combating COVID-19,” Tony Goldberg states, “but we also can’t lose sight of the future risks of other pandemics.” The situation is a complicated one, and still changing and evolving as the days pass by. To hear the full conversation between Dr. Gounder’s guests, which includes much more detail on the complex issues surrounding zoonotic transmission, listen to EPIDEMIC – E60: On the Hunt for the Next Pandemic.