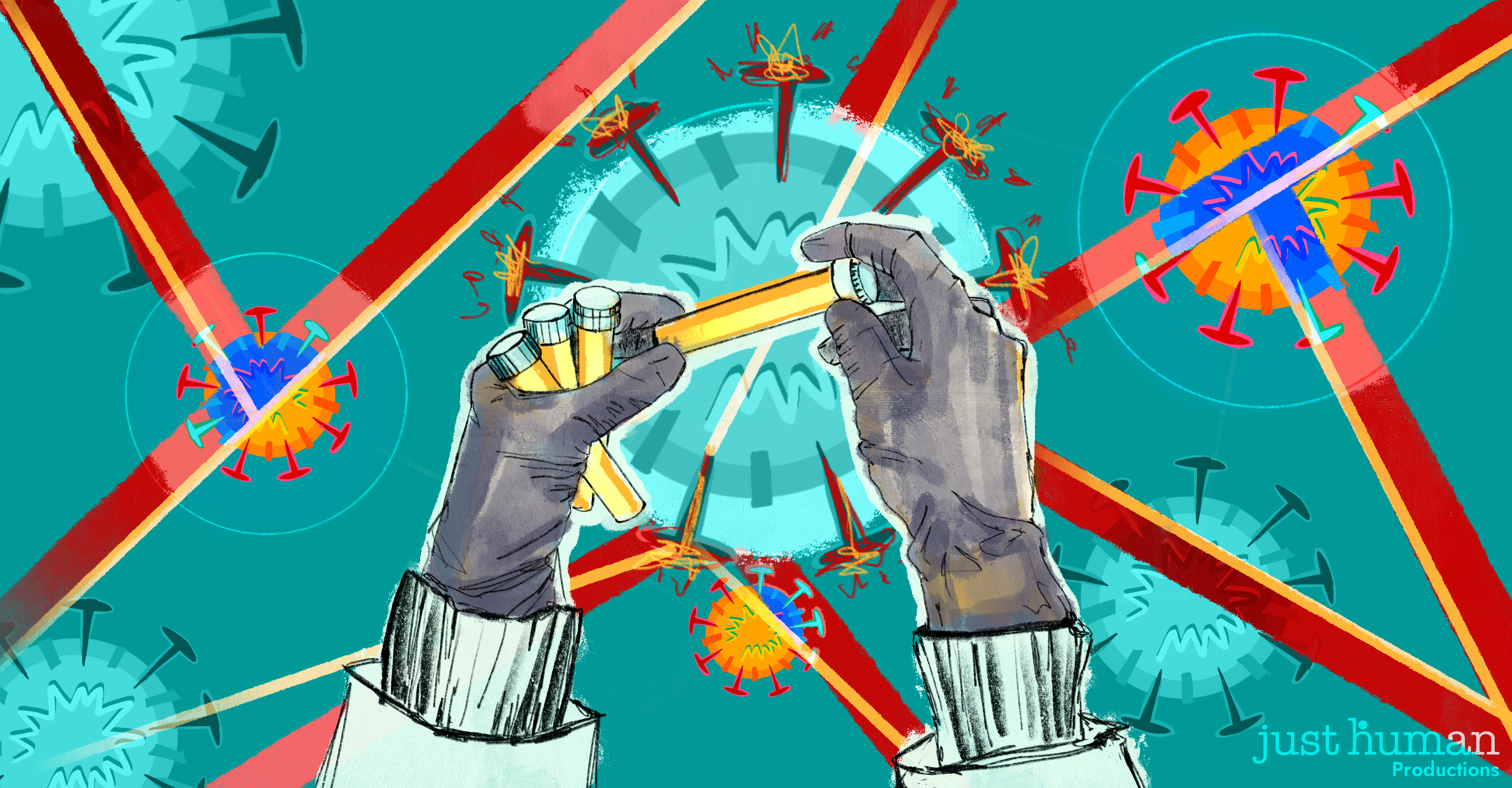 I had been assuming that that my life and everyone’s lives and would get closer to normal, and people wouldn’t be dying so much, in March, where things would slow down. And then this [variant news] had me worried that it won’t be March – that we’ll have a Spring wave and I don’t know how big that will be.  –Trevor Bedford

Every time a virus replicates itself, it has a chance to mutate its genetic code and change. Most of the time, these mutations result in changes too small to be significant — but rarely, they’re more consequential. We’ve allowed the SARS-CoV-2 virus to spread like wildfire, so it’s had that many more opportunities to mutate in important ways. Where we haven’t adhered enough to public health measures to prevent SARS-CoV-2 transmission, the virus has rapidly spread from person to person, to the point that important new variants have emerged. One of them is now known as B.1.1.7 — aka the “UK Variant,” because of its place of origin. The emergence of this new variant is giving many pause. In this most recent episode of EPIDEMIC, Dr. Céline Gounder speaks with experts from the UK and the U.S. to help clarify the facts about the new, disquieting direction the COVID-19 pandemic is taking.

Andrew Hayward is the Director of the University College of London Institute of Epidemiology in Health Care. He explains that scientists first became aware of the B.1.1.7. variant in Southern England due to a jump in case numbers in Kent, Southern England. Through genomic sequencing, they were able to find that there was one genetic variant that outnumbered the rest — the B.1.1.7 strain. And they found that this variant was quickly becoming prevalent in other areas of England, too. Its rise to dominance – along with concern from the medical community – was rapid.

Trevor Bedford, a computational biologist at the Fred Hutchinson Cancer Research Center in Seattle, was quick to pick up on this new data through virological discussion online amongst his peers. “So, the evidence seems convincing that we’re talking about something like a 30%, perhaps even 50% increase in infectiousness and transmissibility of B.1.1.7,” he explains. This is because B.1.1.7 has evolved to become better at binding to a cell’s ACE-2 receptors. Those receptors are essentially the “door” a virus needs to unlock in order to enter and infect a human cell – and the better it is at “unlocking doors,” the more transmissible it becomes. So far, the majority of these mutations have taken place on the spike protein that protrudes from the coronavirus cell — the very part which binds with ACE-2 receptors. This means that the virus has better “keys” to try to “unlock” the cell’s protective doors.

Part of the reason the B.1.1.7 mutation occurred so quickly, Bedford explains, is because of the evolutionary pressure the virus experiences as it encounters individuals who have already been infected with the coronavirus. Those people have antibodies which recognize and attack the virus, which means the virus needs to overcome that immunity in order to survive. “Essentially,” he says, “it’s got to outcompete the old strains, and it can either do that by becoming more transmissible, or potentially through evading immunity.” B.1.1.7 became more transmissible.

The next question that presents itself is: if the UK variant is more contagious, does it cause more severe disease? Graham Medley, a Professor of Infectious Disease Modeling at the London School of Hygiene and Tropical Medicine, says that “the virus does increase the chance of death by about 30%.” However, just as with the first strain of COVID-19, that percentage is affected by other risk factors a person may have. For example, the percentage increase of mortality is much more serious for someone in a nursing home, or with comorbidities, versus a young, healthy person in high school. But this is still extremely troubling, based on the overwhelming amount of deaths we’ve already seen from COVID-19. Prof. Medley does say there is one bright side: though the B.1.1.7 variant is more transmissible, it isn’t overcoming the body’s immune response any better than earlier forms of the virus.

What is the best way to handle the situation now? Trevor Bedford says with clarity, “the entire aim right now should be vaccinating as many people as possible, as quickly as possible, to get circulation down.” And while vaccines remain elusive to the majority of the population, Graham Medley explains that we already know what to do. “The virus hasn’t changed the way it’s transmitted. So all the [safety] interventions that you put in place, you just need to do those interventions that you’re doing more because this virus is just more transmissible, and it’s more dangerous. So you will end up, if you carry on doing the same thing [of not having strict safety precautions], you will end up with a bigger epidemic with more deaths.” This means wearing a mask that filters aerosols and fits tightly to your face. It also means avoiding enclosed, indoors spaces with those outside your household.

The conversation surrounding new coronavirus variants continues to develop as more information comes to light about how they behave and spread. To hear Dr. Gounder’s latest reporting on the matter, listen to EPIDEMIC: A More Contagious and Virulent Variant (UK Edition) / Andrew Hayward, Trevor Bedford, Gard Nelson, Graham Medley. This is the first part of a multi-episode series on the new variants of COVID-19.